I’ve had three parsnips, two rutabaga’s and one big ol’ turnip calling from the crisper; use us 🙂  A couple blogs ago; Potato Frittata and Don’t Forget the Roots I wrote about roasting them and the two meals I got out of the endeavor. But thinking of you guys, and Rick, I wanted to do something new and create a dish using these loaded with goodies root vegetables. Let’s do it!

Prep time: 25 or so minutes 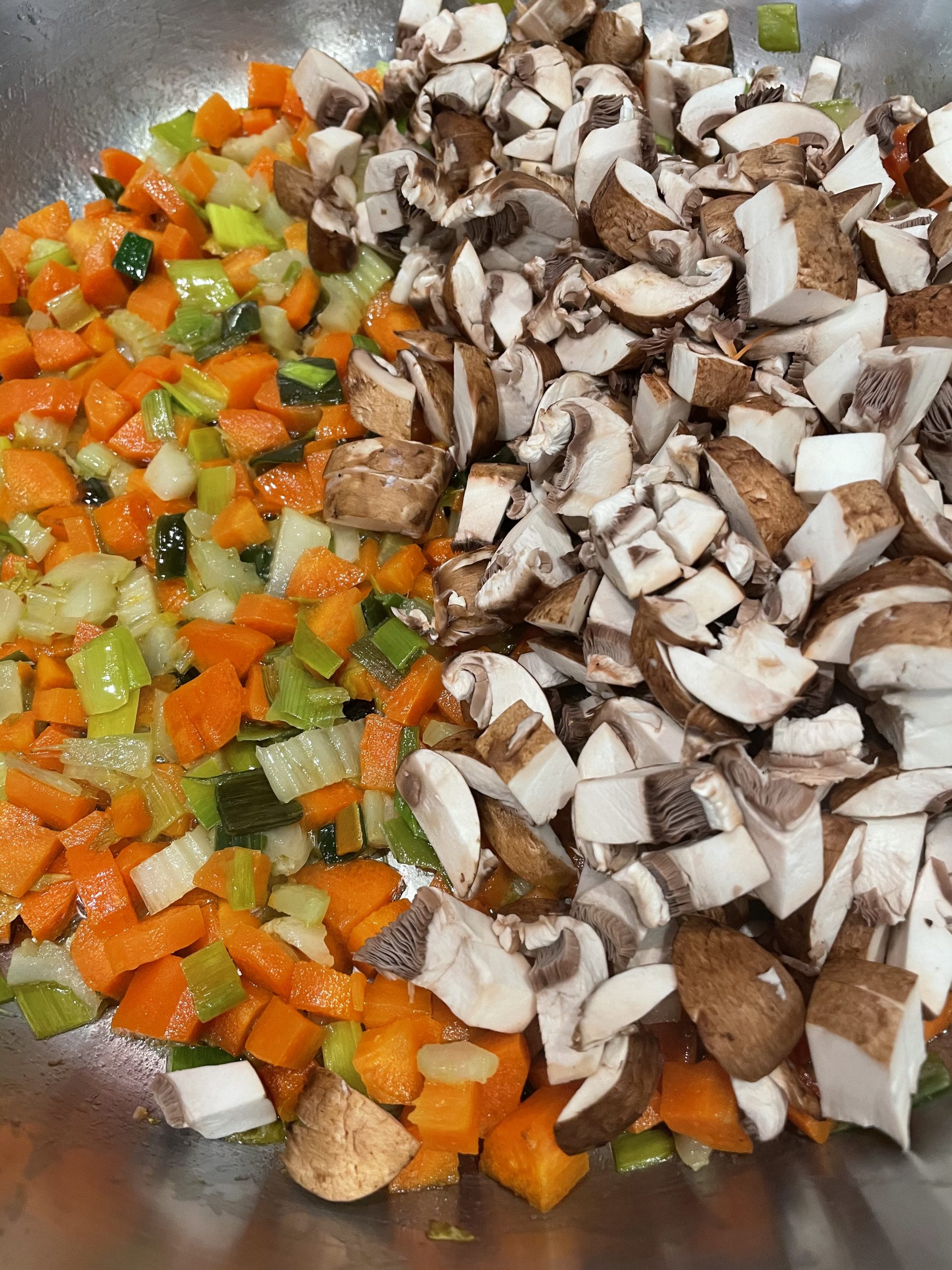 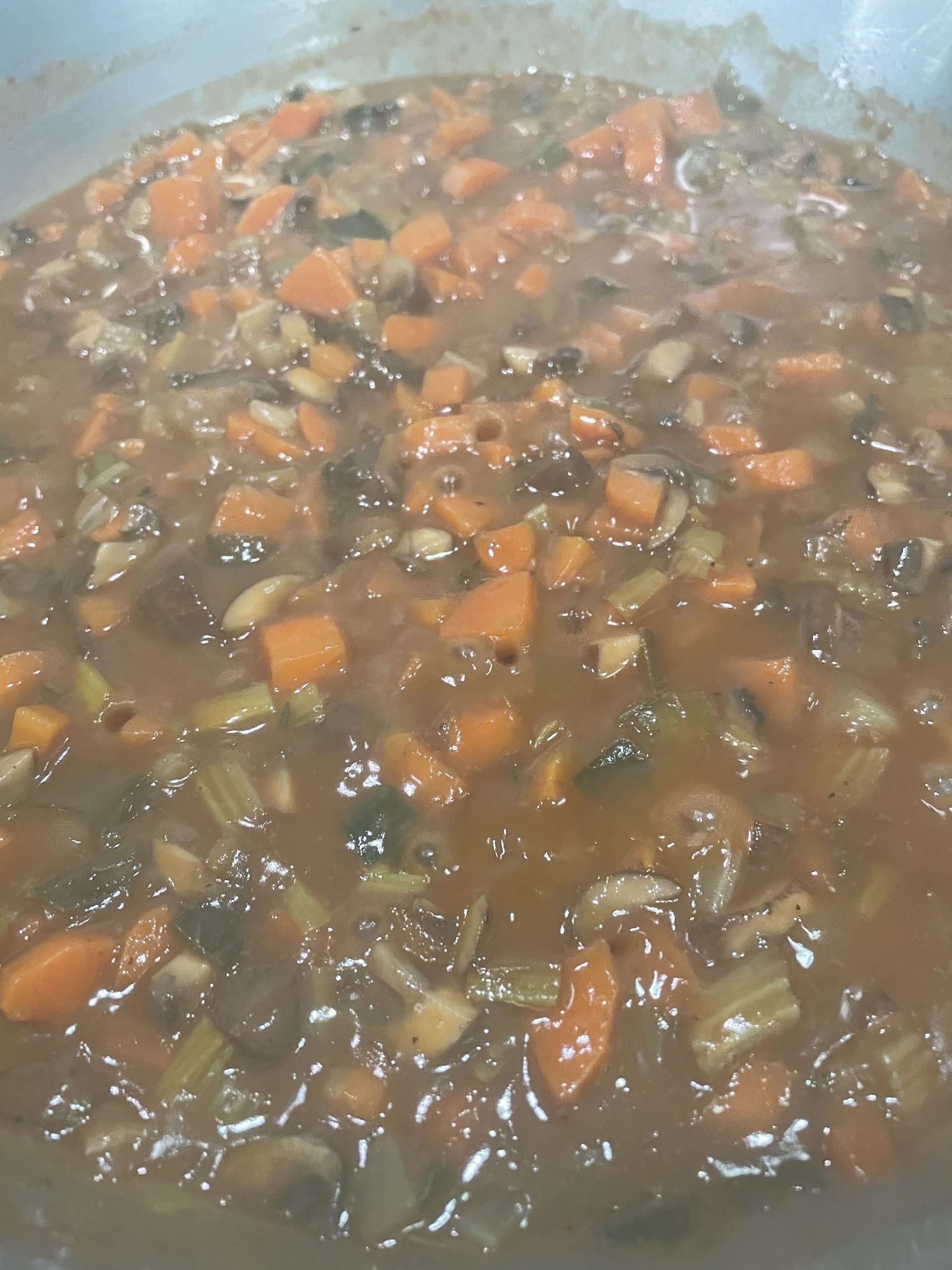 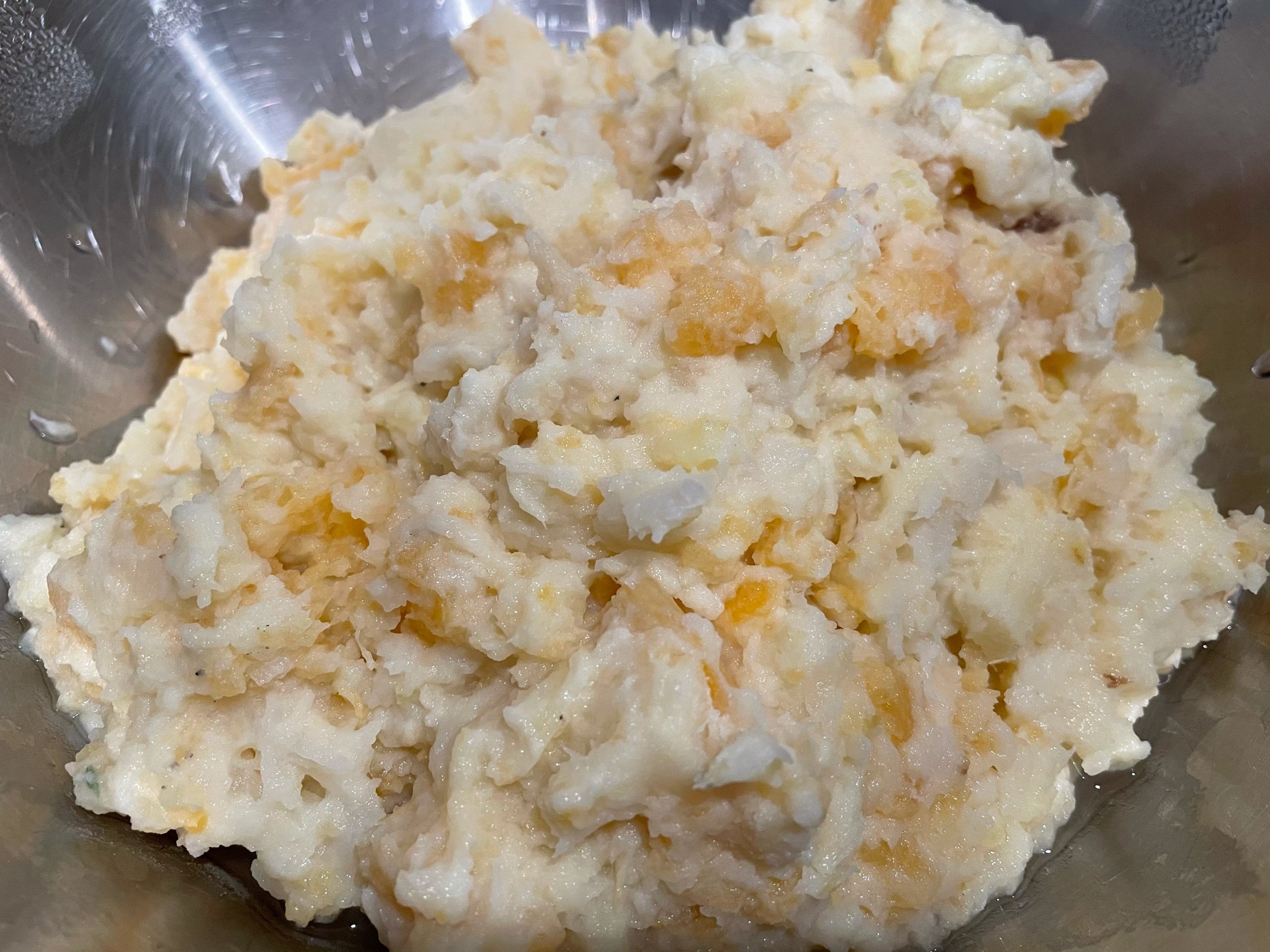 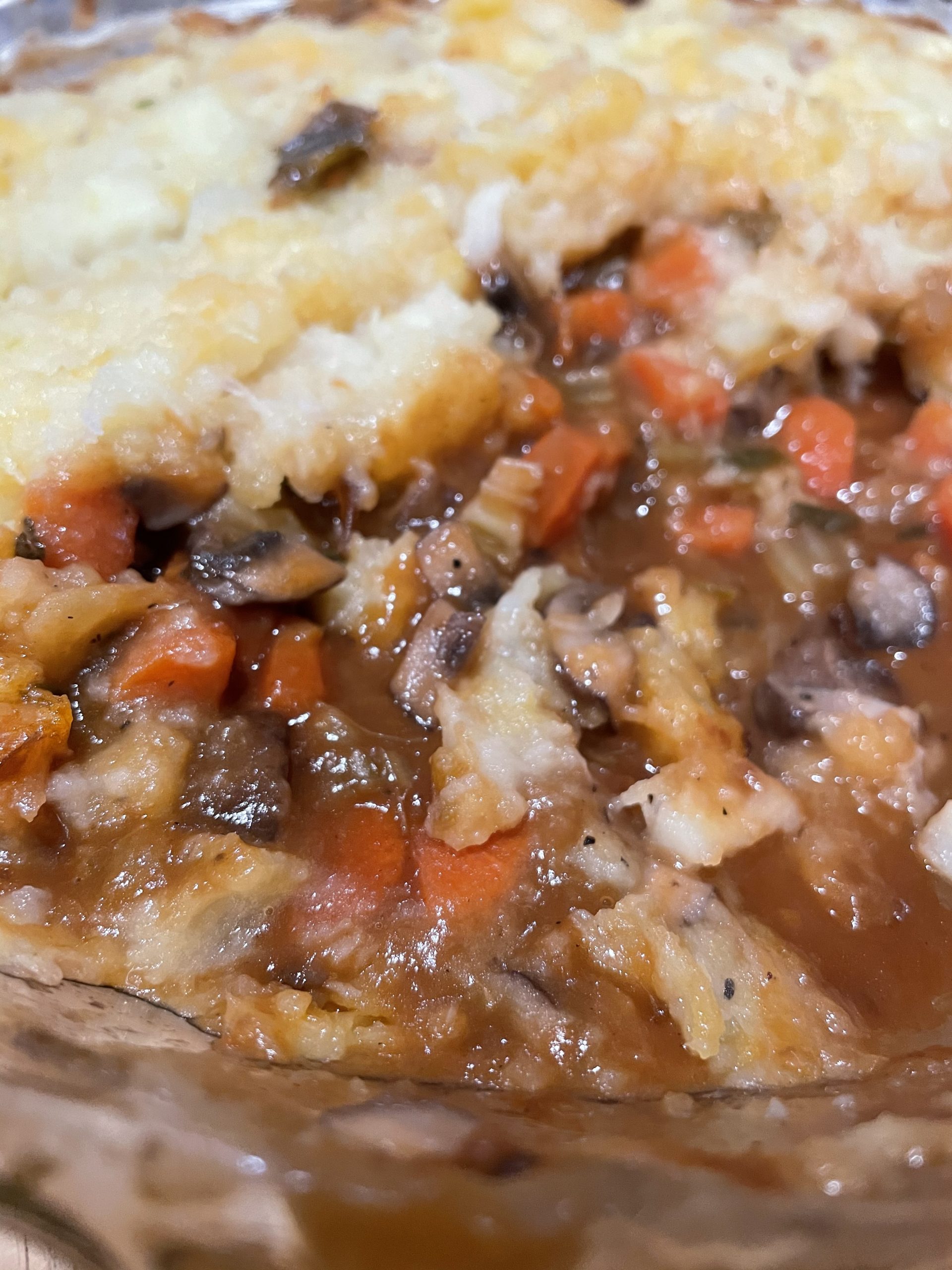 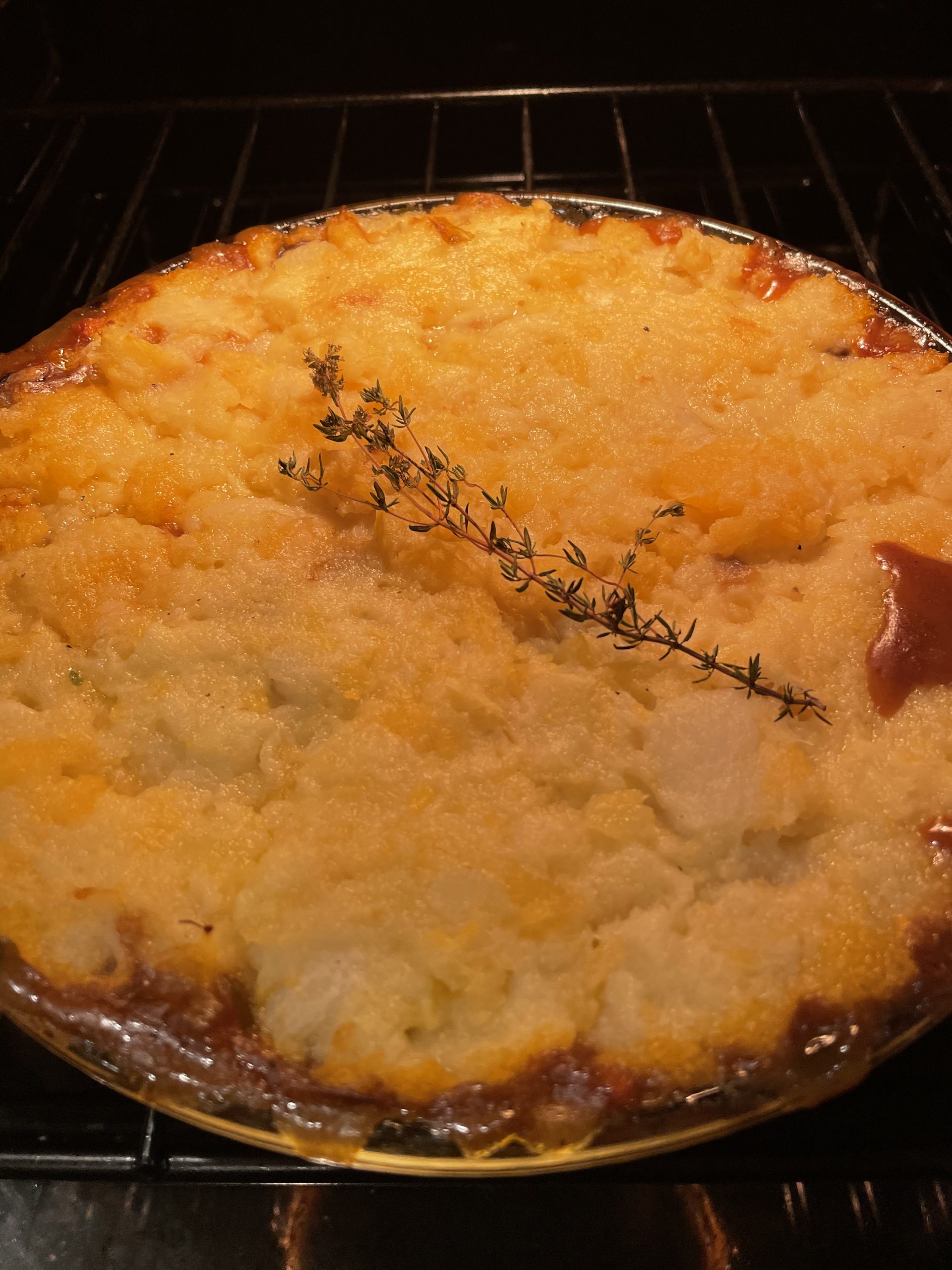 I served the shepherdless pie with a nice helping of ultra-green peas. I have to say it was a perfect savory meal with that hint of sage and the flavorful mashed roots. We toasted ourselves with our Syrah grape juice.

It was a good night.

Let’s talk a little about the health benefits of a turnip, which happens to be among the oldest and hardiest vegetables you can eat. They grew wild in Siberia when dinosaurs roamed the earth and got an early reputation as a food for poor people and farm animals.

Today, most people wouldn’t know a turnip if they saw one or tasted one. People often mistake it for a rutabaga. So, here’s your turnip 101. It’s a root vegetable in the Brassicacae family of mustard plants. Unlike most other vegetables, you can eat both the turnip root and the leafy greens attached to the top. They’re both really good for you.

They are full of vitamins and minerals. Get this, turnips are loaded with; Calcium (gotta get my calcium). Folate, Magnesium (need it, want it), Phosphorus, Potassium (huge), and vitamin C. Turnip greens fill you up with vitamins A and C. One cup of raw turnip greens, (sneak into smoothie), drum roll please; 6,373 IU of vitamin A and 33 milligrams (mg) of vitamin C. Amazing!

Next time you’re at the store or your local farmers market, take a leap and buy some turnips and it’s cousins; rutabaga and parsnips. You only live once  🙂

I didn’t get to write my blog last week, because I almost died last Tuesday. And if you are anything like me, you’d want to know what the hell happened. So, here it goes.

Finally I got in to have an endoscope where I was diagnosed with esophageal erosion and put back on the anti-acid. Yay!! No cancer!!! I burst into tears. You see, that’s what was keeping me awake at night; the fear. I had already made a deal with God, go ahead I could live without a voice box, but I want to live.

Back at home feeling so thankful, actually kind of high with relief. But, suffering still the parched sore throat. I took two tylenol, and a couple hours later I took the second antacid. The ENT was emphatic: take two a day, one in the morning, one at night 30 minutes before eating. But what he didn’t realize was that in the morning before the scope I had taken the anit-fungal medicine.

Six minutes after I took that second pill, I felt like my heart was pounding in my head, my face turned bright red. My eyes within seconds, bloodshot like I’d been drinking for a week and my ears were on fire, along with the palms of my hands.

“Rick, something is wrong with me, call 911” He was celebrating the A’s Matt Olson’s grand slam off the Minnesota Twins.. And jumped up after seeing me, dialed emergency when I went down, off the steps of the stairs.

In his former young life, he was an EMT with a volunteer fire department. If you ever wonder if good training kicks in; it does.

A policeman who lives 30 seconds a way heard the call and zoomed up the hill to our place. Rick was trying to drag me up the stairs to a flat spot because he couldn’t find a pulse or breath. With the help of Perez the cop (he’s getting a blueberry pie from me) they got me to the landing. The 911 doctor quietly coached Rick as he started CPR. Three pumps, nothing, and then another three, and three more, when I gasped and woke to find him sitting on me and all the way down the stairs a bunch of adorable firemen.

I’ll spare you the days in the hospital, the three hours on a gurney in ER experiencing seizures and twitching, all the tests, and the agonizing pain in my sternum and ribs. Did you know that your sternum is 1 ½ inches thick? In order to massage the heart you have to press 2 inches down. Well, that’s what my lifesaver did for me. You know, that’s what we do for each other, save each other in a million different ways all the time. Love is like that.

I’m glad to report I get to live another day. My cousin called when he heard and asked if I, “went into the light?” “Nope, just swallowed up by black and spit out on the carpet”  I said. He said, “well you got a second chance”

From one lucky second chancer

P.S. The antifungal medicine had a major drug interaction with the omeprazole..

Miso Soup with Greens and Tofu Trust Me it’s Good!

Orange Cake for the Graduate

Miso Soup with Greens and Tofu Trust Me it’s Good!