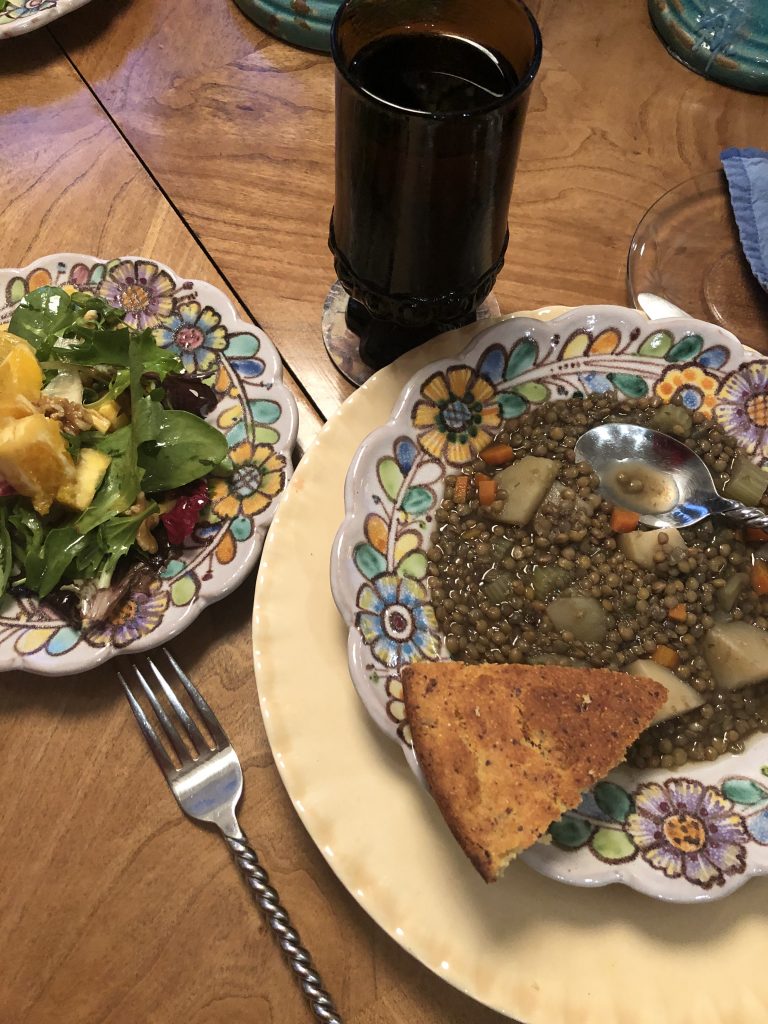 I thought you guys might be wondering how Rick is doing? It’s been a year since he got the call from his doctor regarding his prostate blood test, the PSA. And it’s been twelve months since we changed our diet from a pretty healthy California diet, to becoming almost Vegan’s.

Regarding his PSA, ( I wrote about this at length in the, “About Me” section of my blog) But, let’s take a minute and revisit, so I can bring you up to date, since the health of his prostate has been the driving engine in this whole enterprise.

That’s the kind of number a 63 year old man would pay good money for. Fast forward to March 2019, that precious 2.9 took a leap and measured 4.7, and then progressed to 5.6. As PSA testing goes, a jump like that, can be indicative of the presence of cancer in the prostate. Our doctor told us that you don’t want to go too far over a PSA of 6.0 without doing anything. He suggested having a biopsy. The biopsy findings showed a (slow growing, but growing nonetheless) tumor located on the left side of his prostate. Again, I’m not a doctor… this was coming from our doctor.

I previously wrote in the “About Me”

The very next day, we became almost vegans, and more importantly, no processed sugar. Every three months Rick gets a blood draw and has his numbers looked at, in other words, Active Surveillance.

I’m not a doctor. I’m the family cook.

All I can give you are the results of his test, and let you suss out the meaning. I can’t help but think of our fun new diet and his continued commitment to running those damn trails (two days ago, he got growled at by a bear, scratching his claws on a tree. Now I’m insisting he run with a bear horn)… I digress.

Here is the good news

After one year Rick’s numbers are down to a 4.6 and a MRI showed it has not spread to the other side of his prostate. He’ll have another blood test in the first part of May. So onward and onward. We’re sticking with the plan; No meat, no dairy and no sugar. Yes, to just a little fish now and then. Yes to a ton of vegetables, yes to bushels of fruit, a big yes to every kind of bean known to man, yes to nuts, and a simple regimen of vitamins. Yes to the grinding run, and yes to the good life.

We were talking about me writing this, and we both feel if this information helps one patient who has experienced a heart stopping phone call regarding his PSA test, and subsequently finds out it’s the slow growing variety of prostate cancer; here is a lifeline being thrown to you. Reach out and hold on; you’re going to be okay. Give the diet a try. Again, I’m not a doctor, so take this with a grain of turmeric 🙂

My kitchen is calling

“It was a dark and stormy day,” boy doesn’t that sound yummy. I live in Northern California where we pray for dark and stormy weather. Those are the days when I get out the soup pot, and throw in my favorite combinations, and let it simmer all day. The aroma wafts out and greets Rick as he pulls in after a long day at work. Literally, it does, he pointed out to me the other day, when this old house was built, the stove’s down-draft excited in its own vent pipe,  popping out of the ground over by the driveway. “That’s what that is.” I said, when actually I never notice this pipe sticking a little out of the ground. ANYWAY.

The beauty of soup, the vegetables cooking filling the air, builds anticipation. Every bit helps, when making dinner a comforting end to the day. And nothing is more comforting than a simmering bowl of soup with a nice hunk of bread. That being said, we eat a lot of soup. I can usually get two meals and one lunch out of a pot, before I notice he’s looking in the fridge with a hopeful look on his face. “Soup tonight.” He never says, “again.” But I can see it in his eyes.

Another of the French Mystery Books that Anni, our youngest turned me onto, is a series by, M.L.Longworth, The Provencal Mysteries. These little mysteries are light fare, but the descriptions of the meals, wines and the cheeses are mouth-watering-good.

Man, these people know how to eat. I always have a notepad out, because I know there will be something new and different I can add to my ever evolving cuisine.

A couple months ago, and I’ll be damned if I can remember exactly what book it was I was reading.

I stumbled onto a new way to make lentil soup. (When I find it, you’ll be the first to know). I have to admit, I make a killer lentil soup. After reading just one sentence in the book, my lentil soup has morphed into having a subtly nuanced old world flavor.  I”ll set the scene: Magistrate Antoine Verlaque enters his kitchen and walks over to his gorgeous wife, Marine. I’d cast Marion Cotillard in the role, and Javier Bardem as Antoine (it’s okay, he can be both Bruno and Antoine). Read last week’s article Bruno & Clio’s Fennel Fish Stew. So, Antoine looks over Marine’s shoulder as she spoons out of her lentil soup an,

WHAT! I read it again; onion studded with cloves. I never would have thought you could do that to an onion. I could just see the little jar of cloves we bought for making mulled grape juice during Christmas. I raced into the pantry and sure enough after some digging, I found almost a full jar. And God bless Rick, sitting on the shelf was a bag of Green French Lentils, he had bought at a farm stand which he passes by everyday.

I can do this. Pure power! 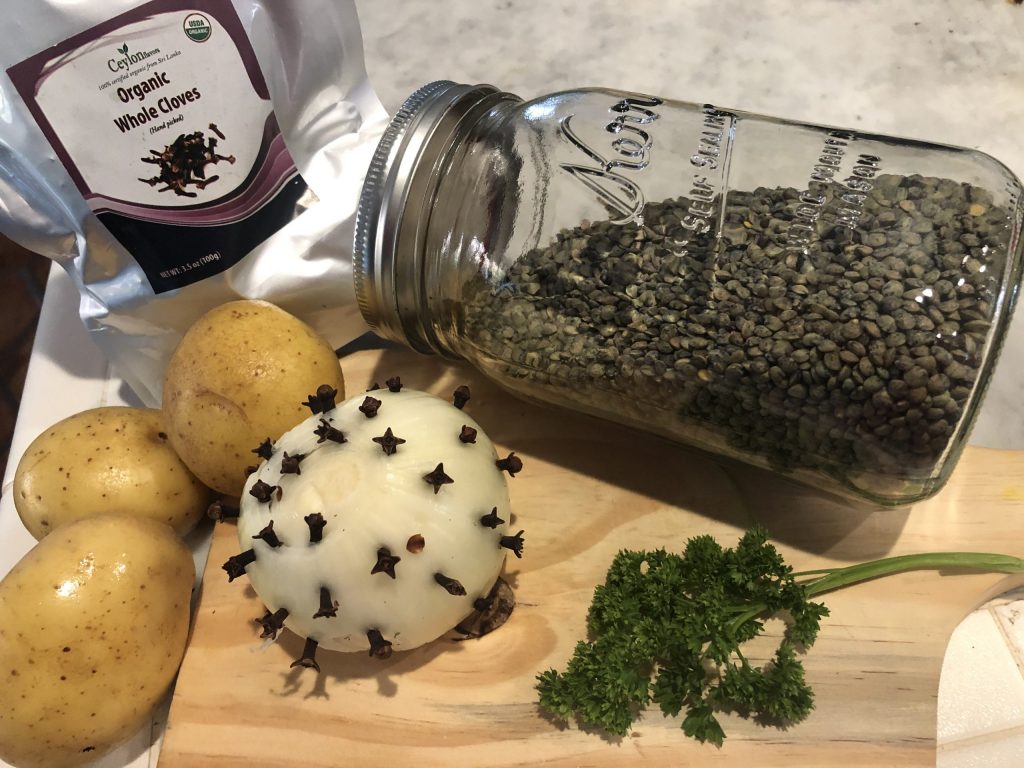 ***This is one soup which is definitely better the second day.***

I serve most soups with Vegan Cornbread. I’m sorry, but I’ve got to say, this is a freaking awesome recipe. For the first time in my life, I have success with cornbread. I found it in my beloved Veganomicon Cookbook.

Back for a second to the diet.

In October, Rick was getting his teeth cleaned, his first visit to our new dentist. The hygienist was reading through his medical information and then stumbled on where he had written he had cancer. She was surprised, because by looking at Rick, slim, tan and fit, the last thing you’d think is this guy has cancer. 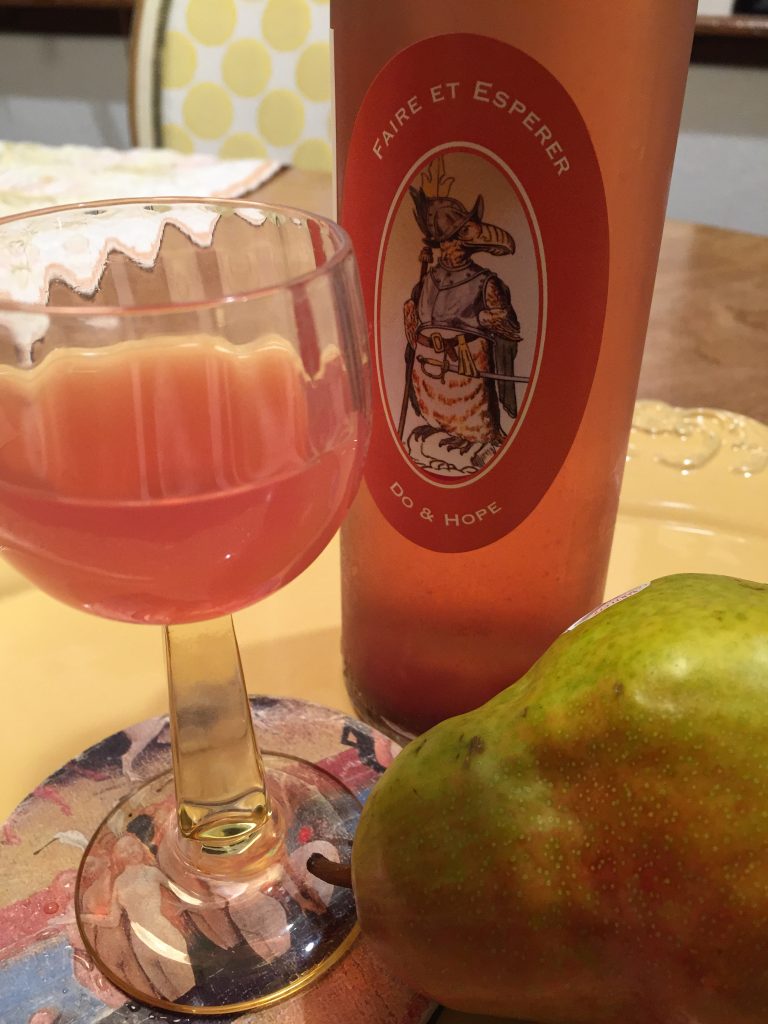 So, he told her what kind, and his treatment is considered Active Surveillance, and then told her about his diet. She said her brother was diagnosed with the same thing six years before. Rick said he held his breath, not knowing where this was going. But instead of a worse case scenario story, she told him her brother had been drinking everyday, 6-8 ounces of pasteurized concord grape juice. He grows his own grapes and cans it every year. Rick just about fell off the chair. Because, Rick grows thirty-one vines of varietal wine grapes, pasteurized and bottles around 8-10 gallons. The pasteurization kills the yeast, so the juice doesn’t ferment into wine.

Bottom line, the brother has watched his numbers go steadily down, to almost non-existent. Short of throwing the whole kitchen sink into the process, we are actively doing everything humanly possible to stop the progression. In other words he’s drinking grape juice everyday. So there’s that.